The Wind Cave Canyon Trail is an easy hike with minimal elevation gain. It follows along an old two track road east all the way to the park boundary fence. This out & back style trail is approximately 1.6 miles one way, making for a hike of about 2 hours. 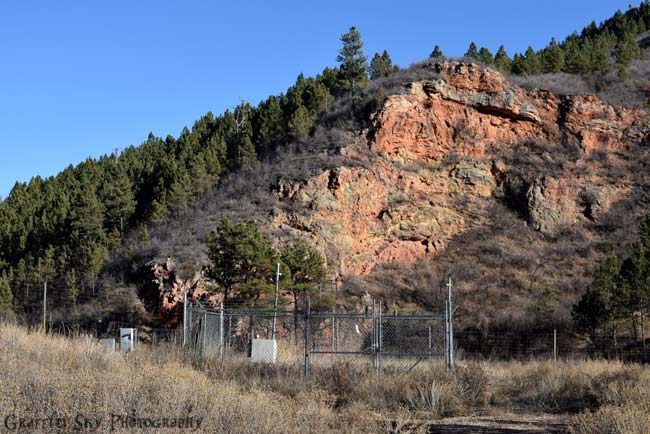 boundary fence at the end of the trail 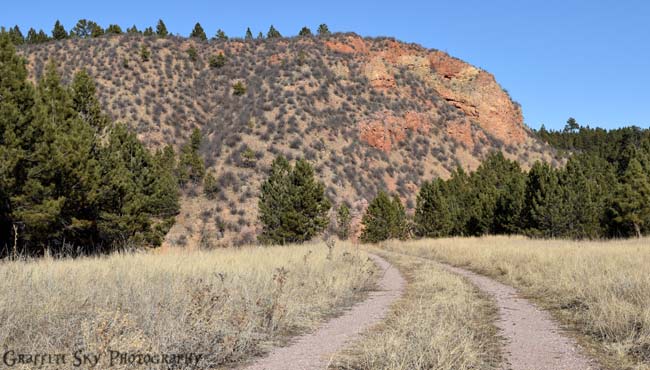 This hike takes you through a prairie canyon surrounded by limestone and minnelusa cliffs. Formed 200 to 300 million years ago during the end of the Paleozoic Era, the Minnelusa formation consists of horizontal layers of limestone, sandstone and shale. It’s yellow to red in color, with the shales being a grayish cream.

Wind Cave Canyon is one of the best places in the park for birding, as the cliffs provide good nesting areas for cliff swallows, canyon wrens, and great horned owls. Dead trees that stand in the canyon make homes for the red-headed and Lewis woodpeckers. Wild turkeys can also be found in the area, as well as the ever present rock pigeons. 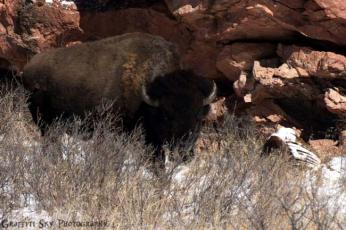 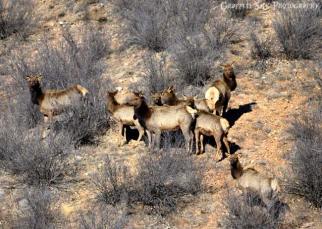 Other species of wildlife are also frequently found in the canyon, including bison and the often elusive elk. Bison may look docile, but they are able to run up to 35 mph and can become very agitated during rut or if they’re with young calves. It is recommended to stay at least 100 yards away from these animals. 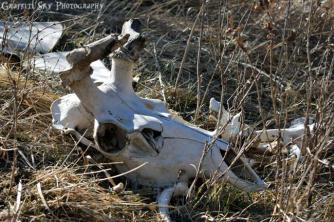 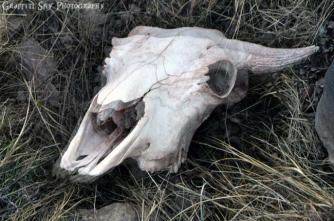 If you like looking for animal bones this is definitely the trail for you. In just one trip I spotted the remains of one elk and three bison, including one bison that was a nearly completely intact carcass. Photo posted here as a link so the more squeamish readers don’t have to see. 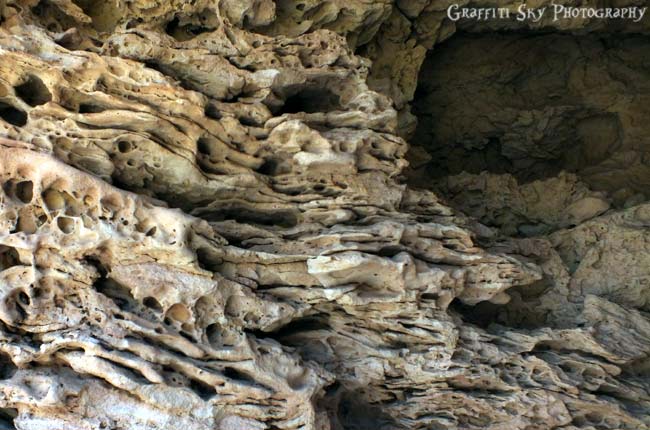 Just remember that all items found in the park, from a bison skull down to a tiny little wild flower, are protected by federal law. You can look and take pictures, but do not remove or otherwise disturb them. Leave them be so the next visitor to the area can also enjoy them.