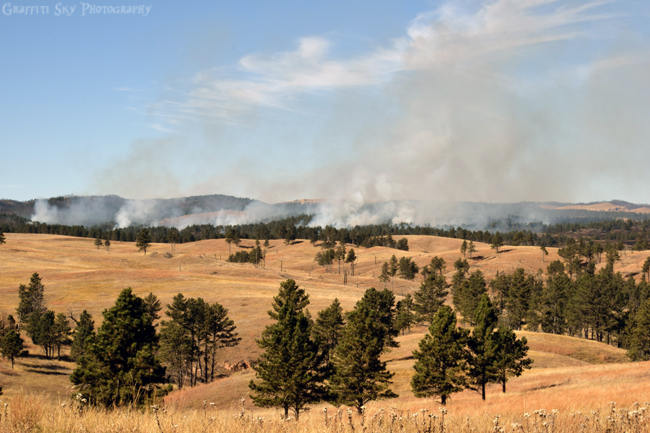 With firefighters performing several prescribed burns in the Black Hills area over the past week I was inspired to write a blog on the importance of fire in forest management and the natural forest cycle.

Prior to European settlement wildfires caused by lightning burned in the Black Hills about every 20 to 30 years. The fires naturally thinned the pine forest, maintaining water flow to streams as fewer trees demanded less water. These wildfires burned in a sporadic manner, causing the forest to develop in a mosaic pattern. The scattered conifer trees that survived the fires were interspersed with grassy meadows, shrubs, and deciduous trees, providing diversity in food and shelter for wildlife. Some plant species even evolved to depend on fire as part of their reproductive cycle, requiring the heat from fire to open their cones and disperse the seeds. 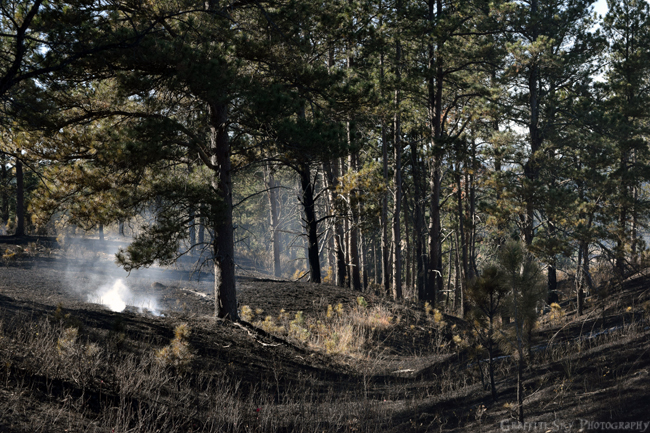 Black Hills settlers saw the value of the forest for its wood products. Fires were extinguished, causing major changes in the natural process. In the absence of a fire cycle, ponderosa pine forests invaded the meadows and choked out other tree and plant species.

Today forest management works to duplicate the natural forest cycle. Tree harvesting, thinning, and prescribed burning are all methods used to manage the forest for the benefit of wildlife, water, wood products and scenic value. Prescribed burns make potential wildfires in the area much more manageable. The burning reduces the buildup of fuel, decreasing the chances of a hotter burning fire. Higher temperatures can harm the soil, damaging it chemically or even sterilizing it.

The first step of a prescribed burn is burning boundary lines for the fire along roads and other features such as a river or a bulldozed clearing. This creates a buffer zone, eliminating the fuel source once the main fire reaches the already burnt areas. From that blackened line the firefighters lay down lines of flames toward the center of the prescribed burn area.